Her name is Chloe and since her mother died, she was forced to change foster families a few times, and honestly, those were a tough couple of years.

This is her story!

My Mom was a nice person when she wasn’t drinking.  The problem was that she was drinking almost all the time. Honestly, everyone in our family hated her and didn’t want to have anything to do with her because she was always asking for money and causing problems for everyone. So we had almost zero contact with anyone else.

When I was 14, she went into the hospital, and, well… she died. I couldn’t believe it and I was in, like, a haze, so it was hard to understand what to do next. At first, they wanted me to move to my grandfather’s house, but he said he never wanted anything to do with my Mother or me. He didn’t even come to the funeral. Almost no one did, in fact. It was only me and her brother’s family. He had a wife and a daughter, a year younger than me. Nobody even talked… and I felt so alone.

The family of my uncle decided to take me in, although honestly, they really didn’t want to. I didn’t want to either, because I knew they secretly hated me and my Mom. They had all these rules for me, that they never had with their own daughter. We shared a room and she would get angry if I touched her stuff, although I needed some of it. Later, she told her parents that I was stealing her stuff and they got angry at me, even though I tried to explain myself.

I basically could only eat and sleep in their house.

They would sometimes have a family dinner and I wasn’t even invited, so instead I would eat alone in my room.

The only thing that helped was my friends from other cities, you know, we talked through Facebook.They would really help me when I was feeling down or when I wanted to cry, which was almost always.

Because the conditions were bad in the house and they didn’t have enough money to take care of me, soon I was put into foster care.

At the same time, the Collins’s would shout at each other ALL THE TIME, like they shouted more than they talked.

They probably did it for the money, because they didn’t provide us with anything more than food.

They were strict, too.They even took our phones away, so I lost all of my online friends as well. They only allowed us to use the fridge until certain time of day, so if we got hungry, we had to just deal with it.

One day, Andrew was grounded and it was his turn to be hungry during the evening.This time, Dylan and I snuck into the kitchen. Dylan accidentally hit a chair with his foot and our foster parents came looking to see what was going on. Dylan hid under the table, but I couldn’t manage to do it in time.

Mr. Collins caught me, shouted at me for an hour, and locked me in my room for the entire next day. Now even Dylan and Andrew couldn’t help me. It really helped to finally have friends, but it didn’t last long.

Soon, we were relocated again.

We promised to keep in touch with each other, but it was so difficult and I was afraid I would never see or hear from them again.

It was scary to relocate a third time, and I couldn’t imagine what kind of horrors I would have to endure.

I arrived at my next “home” to find a single woman named Susan. I was afraid of her and wasn’t talking much, and I felt I couldn’t trust her at first.

She was understanding and she let me have my phone and even to go out, but she had rules – I had a lot of chores around the house, and I was doing them because I didn’t want to change homes again since it was so scary.

Just having access to food and not being shouted at every day felt really nice.

Still, I would often misbehave and be rude to her and sometimes even refuse to do my chores.

But she kept on being nice to me no matter what, so I started to trust her more. Susan warmed up to me and I warmed up to her. She was nice to me. She eventually told me that her son died a few years ago and she wanted to spend time with children because she didn’t want to be alone and because she had no other family. Susan honestly started to remind me of my mother.

Once, I accidentally called her “Mom” and I thought she would get angry, but instead she smiled and hugged me.

After a few months at her home I tried to find Dylan or Andrew on Facebook. I found Andrew and I was so happy. I asked him whether he knows anything about Dylan, but sadly he didn’t. I continued to live with this lady for a year and I honestly love her very much.  She wanted to take more kids in, but she wouldn’t have been able to care for them.

And then Susan said something beautiful to me.

She asked if I wanted her to adopt me and I said “yes,” without hesitation. She had one condition, though. She asked me to start studying harder so I could have a better future and maybe help her when she was too old to take care of herself. Of course I agreed, because it was nice that someone finally believed in me. After all of this, I decided to become a social worker once I got older.

Honestly, I had it much better than most children in foster care, and I want to help them as much as I possibly can. 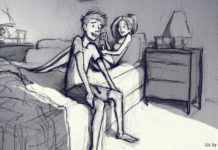 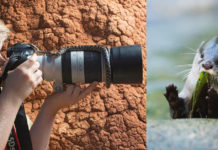 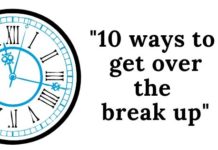 Stop Being the NICE GUY!

These crazy message conversations will make you go LMFAO

Woman Finds Her Engagement Ring On Carrot After 16 Years

Top 10 most embarrassing situations in the gynecologist