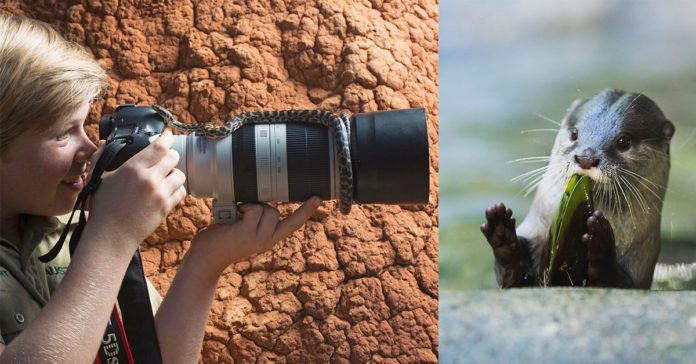 Robert Irwin, the second and only son of two children of late Steve Irwin; zookeeper, television personality, wildlife expert and Terry Irwin, was born on 1st December 2003. Not only his father also his grandfather Robert ‘Bob’ Irwin was also a famous naturalist and an animal conservationist.

16 years old Robert is an animal photographer and a zoologist. He is highly passionate about the animal kingdom.

This young man has been keen on learning about the animals since his childhood. Born to a nature-loving family, this whole family dedicates their time and assistance to the Australian zoo meanwhile traveling all around the world, capturing and sharing the best moments of nature. Robert, being an excellent photographer, shares his work on Instagram where his followers love to see them.

This young boy uses his passion and talent to conserve nature. So far, he could raise thousands of dollars for Irwin’s non-profit organization ‘Wildlife Worriers’ through selling canvas prints at events around the world. This talented juvenile also has met the world-famous leaders as His Royal Highness Prince Charles in order to discuss the protection of natural habitat.

Facebook
Twitter
Pinterest
WhatsApp
Previous article
How to get over a breakup
Next article
Is he showing signs? Well, then it’s time to consider your relationship.