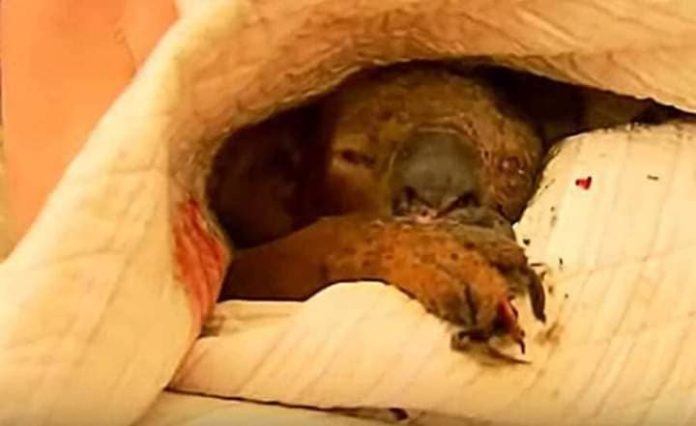 Victoria and New South Wales in Australia have been vastly affected by the scorching sun since September 2019. The wildfires in Victoria continued to increase in energy before it blasted in New South Wales. The reason behind these bushfires is above-average temperatures and months of drought. They have immensely contributed to the bushfires in Australia that ended up hurting many people and animals alike.

Global warming has caused a massive climate change on the planet and has put many countries in danger. Australia has always been a victim of wildfires due to droughts and high temperatures in certain parts of the country. It is predicted that the unprecedented fire has been building for months because of global warming. One of the significant aftereffects of the most-recent bushfires is the loss of animal lives.

Many media corporations, rescue teams, and militaries have come forth to rescue both animals and humans. But the priority indeed went on saving human lives, and that put animals’ lives to death. Many ecologists have predicted this bushfire to be a disaster, and if found earlier, many animals could have been saved.

There are many endemic species of animals in Australia. It is recorded that throughout the wildfires and bushfires in many parts of Australia, about half a million animals have been put to death. The most recent bushfire in Australia in New South Wales has caused many species to be extinct from the planet Earth. These silent deaths are the ones no one saw to rescue.

Some species like Kangaroos moved away from the endangered zone as they can move fast. But the less mobile animals ran short of time and caught the bushfire, losing their lives. Dozens of threatened species had been hit badly through the bushfires while some species lost all their animal distribution.

Firefighters and other rescue teams had been the first to show up. Many animals that have high mobility had moved away from the fire while many others were hurt and dead. While the rescue teams evacuated the residents of the area, many wild animals, even pets, got burnt in the fire. Animal rescue teams had come for aid and saved as many as they can. As the reports say, most of the protected animals are hurt in some way. Some of them have lost their organs and limbs, while others seem to be severely injured.

While thousands of animals died in the bushfire, many are yet to be perished over the fire due to severe injuries and defects caused by the fire. Carcasses of dead animals are all over the affected site, and it is visible that many species have lost their entire distribution in just one bushfire. The whole New South Wales is severely affected in terms of supplies, weather, loss of lives, and loss of animal species. Whether or not NSW can recover the damage is still a mystery!